Email ThisBlogThis!Share to TwitterShare to FacebookShare to Pinterest
Labels: PRESIDENT DONALD TRUMP TWEETS on US ECONOMY

GEORGE WASHINGTON
1st PRESIDENT of The UNITED STATES of AMERICA

16th PRESIDENT of The UNITED STATES

You Can Grab Their Pussy 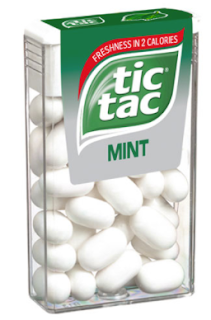 "I better take some TIC TACS in case
I Kiss her."

Posted by xpicassox at 10:07 AM No comments:

President Trump is Fixing a MESS

PRESIDENT tRUMP TWEETS : Don't believe the main stream (fake news) media. The White House is running VERY WELL. I inherited a MESS and am in the process of fixing it.

President Donald Trump on Saturday doubled down on his claim that he "inherited a mess," urging his Twitter followers again to not "believe the main stream" media. "Don't believe the main stream (fake news) media.The White House is running VERY WELL. I inherited a MESS and am in the process of fixing it," the president tweeted while his motorcade was en route to Trump International Golf Club in West Palm Beach, according to pool reports. On Thursday, Trump held a heated press conference where he first claimed he "inherited a mess" and that the "dishonest media" is not giving him the proper credit he deserves. Following weeks of damaging leaks and reports of turmoil within his administration, Trump is returning to his campaign-trail comfort zone: speaking in front of thousands of supporters and a pool of TV cameras Saturday evening at AeroMod International hangar at Orlando Melbourne International Airport. The event is being held by his campaign. Twenty minutes after Trump's first tweet, he wrote on Twitter: "Will be having many meetings this weekend at The Southern White House. Big 5:00 P.M. speech in Melbourne, Florida. A lot to talk about!"

THE BADASS COOKBOOK
is BADASS GOOD !!!

President Trump on AIR FORCE 1 "TOWELS Are NOT SOFT ENOUGH! "

Donald Trump is being triggered by the towels aboard Air Force One. The Huffington Post reported a series of leaks coming out of the White House. Among the leaks was an allegation by a White House aide that Trump had registered a complaint about the Air Force One towels not being soft enough.

The Princess and the Pea president reportedly wants less rough towels on his new plane. Of course, we are all granted the right to complain about rough towels (I guess?), but one would hope Trump had more things to do, like, I don’t know, reading executive orders before he signs them. This is not the first grievance Trump has had with Air Force One, the plane with top-line safety features that gets him where he needs to be.

Ivanka Trump at Nordstom Launch of Her Fashion Line

"My daughter Ivanka has been treated so unfairly by @Norstrom. She is a great person -- always pushing me to do the right thing! Terrible!"

Ivanka Trump Autographs a Ivanka Shoe for Fan at Nordtroms

President Donald Trump has told the world he isn't pleased with Nordstrom.

The luxury retailer was the latest company to draw the fire of Trump, as Nordstrom officially announced last week it would stop selling items from his daughter Ivanka Trump's line because the brand wasn't performing strongly. The move to pull Ivanka's products from shelves and the online retail website came after boycotts—which have targeted retailers that sell Trump-branded apparel and accessories—by some shoppers who don't support President Trump's policies. Shannon Coulter , a digital strategist, led that movement after starting the #grabyourwallet hashtag last year.

His daughter Ivanka has seen her brand targeted by boycotts even though she has no formal role in the White House. But as Trump's own tweet points out by saying she is "always pushing me to do the right thing"—clearly Ivanka has some influence.

DON'T MESS with The DONALD !!!

Posted by xpicassox at 9:38 AM No comments:

Posted by xpicassox at 1:03 PM No comments:

TRUMP  THE ART of THE DEAL

DONALD TRUMP TWEETS on TWITTER :  I don't know Putin, have no deals in Russia, and the haters are going crazy - yet Obama can make a deal with Iran, #1 in terror, no problem!

PRESIDENT TRUMP TWEETS : An honor having the National Sheriff's Assoc. join me at the @WhiteHouse. Incredible men & women who protect & serve 24/7/365. THANK YOU!!

The art of The Deal

HOW to GET RICH

Posted by xpicassox at 10:50 AM No comments:

Email ThisBlogThis!Share to TwitterShare to FacebookShare to Pinterest
Labels: TRUMP NEWS, TRUMP TWEETS on PUTIN US SHERIFFS and NO RUSSIA DEALS, TRUMPNEWS

Trump says BAD HOMBRES Down THERE

PRESIDENT TRUMP Tweets : Just can not believe a judge would put our country in such peril. If something happens blame him and court system. People pouring in. Bad!

Donald Trump Tweets : I have instructed Homeland Security to check people coming into our country VER CAREFULLY. The courts are making the job very difficult!

For ALL YOU "BAD HOMBRES"

Posted by xpicassox at 2:50 PM No comments:

Email ThisBlogThis!Share to TwitterShare to FacebookShare to Pinterest
Labels: TRUMP SAYS THERE BAD HOMBRES DOWN THERE in MEXICO Build the WALL

How to Get RICH by Donald Trump

First he made five billion dollars. Then he made The Apprentice. Now The Donald shows you how to make a fortune, Trump style. HOW TO GET RICH Real estate titan, bestselling author, and TV impresario Donald J. Trump reveals the secrets of his success in this candid and unprecedented book of business wisdom and advice. Over the years, everyone has urged Trump to write on this subject, but it wasn’t until NBC and executive producer Mark Burnett asked him to star in The Apprentice that he realized just how hungry people are to learn how great personal wealth is created and first-class businesses are run. Thousands applied to be Trump’s apprentice, and millions have been watching the program, making it the highest rated debut of the season. In Trump: How To Get Rich, Trump tells all–about the lessons learned from The Apprentice, his real estate empire, his position as head of the 20,000-member Trump Organization, and his most important role, as a father who has successfully taught his children the value of money and hard work. With his characteristic brass and smarts, Trump offers insights on how to • invest wisely • impress the boss and get a raise • manage a business efficiently • hire, motivate, and fire employees • negotiate anything • maintain the quality of your brand • think big and live large Plus, The Donald tells all on the art of the hair!

WANT to REALLY GET RICH ???

INSTEAD of a BUNCH of BULL ???

What you Will do is REALLY START ACQUIRING Some Real WEALTH

Posted by xpicassox at 1:00 PM No comments:

Email ThisBlogThis!Share to TwitterShare to FacebookShare to Pinterest
Labels: HOW TO GET RICH BY DONALD TRUMP

on DONALD TRUMP PINATA in MEXICO

Posted by xpicassox at 12:27 PM No comments:

The Good The Bad & The Ugly

BURRITO and BADASS CHILI Recipe in The BOOK

Posted by xpicassox at 11:45 AM No comments:

President Donald Trump 's Grandparents Elisabeth and Friedrich Trump Picture taken in 1902 ... Note : If your break Donald Trump's fraternal Grandfather's name in half, the two words you come up with are FRIED "RICH"

Donald Trump was born in Queens in 1946 to Fred and Mary Trump. Fred was a Bronx-born New Yorker who made a fortune constructing middle-income apartments in Brooklyn and Queens. Mary was a Scottish immigrant. Donald has repeatedly refuted claims that his father gave him a large inheritance to start his own company. Clinton claimed at the first presidential debate that Trump "started his business with $14 million from his father," but Trump fired back, saying, "My father gave me a very small loan in 1975."

Donald Trump is the fourth of five children. His sister, Elizabeth, is a former Chase banker; his other sister, Maryanne, is a retired judge who served on the U.S. Court of Appeals for the Third Circuit; and his brother, Robert, served as a top Trump executive.
But the sibling who has perhaps garnered the most media attention is Freddy, who died of alcoholism in 1981 at the age of 43 -- whom Trump often references when discussing his decision to abstain from alcohol his entire life. A New York Times story posted in January paints a complicated relationship between Donald and Freddy that even extended to his relationship with his older brother's family. The Times reported that Donald helped draft his father's will, which cut Freddy's kids out of the inheritance when Fred Sr. died in 1999. "Freddy's children sued, claiming that an earlier version of the will had entitled them to their father's share of the estate, but that Donald and his siblings had used 'undue influence' over their grandfather, who had dementia, to cut them out," the Times reported. "A week later, Mr. Trump retaliated by withdrawing the medical benefits critical to his nephew's infant child."

by Daniel Zwicke
.
Posted by xpicassox at 11:08 AM No comments: