Nato Does Not Pay Fair Share of Expense to NATO

"IT'S TRUE WHAT PRESIDENT TRUMP SAYS"

PRESIDENT TRUMP Tweets :  ... vast sums of money to NATO & the United States must be paid more for the powerful, and very expensive, defense it provides to German!

The United States is one of only five members of the North Atlantic Treaty Organization that meets the recommended defense spending rate, alarming experts according to The Daily Signal. NATO members are expected to spend a minimum of 2 percent of their gross domestic product on defense, but only the U.S., Greece, the United Kingdom, Estonia and Poland have reached that target. Even economically powerful states like France and Germany, have spent less than their share. "This has been a demand from the U.S. for a long time, except now there is a new sheriff in town and his using of words is just different," Andras Simonyi, former ambassador to the U.S. and to NATO for Hungary, told the Daily Signal. "The choice of words may not be good, but if the Europeans think they can continue to live in a dream world where the U.S. is the ultimate protector, and Europe isn't really doing as much as it should or could to defend itself, there will come a point where the U.S. says enough is enough." President Donald Trump has publicly questioned America's commitment to NATO, telling The Times of London that the organization is "obsolete" and "very unfair to the United States," only days before his inauguration. The U.S. spends the most on defense of any NATO nation at $650 billion in 2016, more than double what the other 27 states spent. "There's already recognition among leaders in the European Union that countries need to do more [on defense]," Phil Finnegan, a defense analyst for the Teal Group, told CNBC.

NATO TROOP MANUEVERS
.
.
Posted by xpicassox at 11:45 AM No comments:

Email ThisBlogThis!Share to TwitterShare to FacebookShare to Pinterest
Labels: NATO DOES NOT PAY FAIR SHARE of EXPENSE for NATO OPERATIONS SAYS PRESIDENT TRUMP and it's TRUE

Can you imagine what the outcry would be if @SnoopDogg, failing career and all, had aimed and fired the gun at President Obama? Jail time !

President Donald Trump used his Twitter account on Wednesday to sound off on Snoop Dogg days after the release of a satirical music video in which the rapper points a toy gun at a clown dressed like Mr Trump and pulls the trigger.
Mr Trump voiced his anger over the video on Wednesday morning, accusing the rapper of having a "failing career" and saying he would have been jailed for doing the same thing to President Barack Obama. 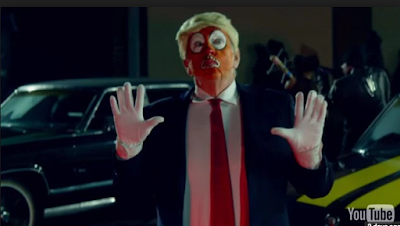 The video is for a remixed version of the song Lavender, by Canadian group BADBADNOTGOOD featuring Snoop Dogg.
The cartoonish, satirical video was inspired by the death of Philando Castile, an unarmed victim of a "traffic stop" gone wrong and, as some argue, an incident of racially-fuelled police violence.
The video depicts a police officer shooting a man in a car during a traffic stop, which is caught on camera by a bystander, in which all characters are dressed as clowns. Later, mock news footage shows the Trump-like clown - named as 'President Ronald Klump' - speaking about deportations.
Close to the end of the video, the rapper points a toy gun at the President Klump clown and pulls the trigger, causing the gun to release a flag with the word "bang." The clown flinches, and is later seen alive with the rapper at the end of the clip as his prisoner.
Mr Trump's personal lawyer, Michael Cohen, told TMZ Live earlier this week that the scene is "totally disgraceful".
"Snoop owes the president an apology," he said.
"There's absolutely nothing funny about an assassination attempt on a president, and I'm really shocked at him because I thought he was better than that."
Mr Trump has long advocated for increased police presence and harsher patrol, a strategy Black Lives Matter and some anti-police brutality groups say will only bring more harm.
"I'm not really sure I understand the artistic value to having somebody dress up as Trump and firing a weapon at him," Mr Cohen added.
"I certainly would not have accepted it if it was President Obama. I certainly don't accept it as President Trump, and in all fairness, it's not funny, it's not artistic."
"Shame on you, Snoop," concluded Mr Cohen. "You should be better than that, that's for sure." 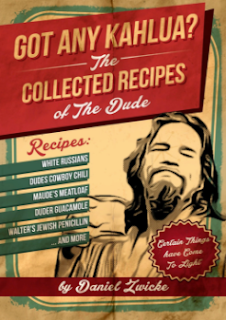 Posted by xpicassox at 11:39 AM No comments:

What is Donald Trump Thinking

Posted by xpicassox at 12:31 PM No comments:

Email ThisBlogThis!Share to TwitterShare to FacebookShare to Pinterest
Labels: WHAT IS DONALD TRUMP THINKING

"Drug Prices will come Way Down."

PRESIDENT DONALD TRUMP Tweets : "I am working on a New system there will be competitionin the Drug Industry. Pricing for the American people will come way down! "

Pharmaceutical stocks declined for a time on Tuesday, after President Trump tweeted that he's working on a system for drug industry competition, Reuters reported. The S&P 500 healthcare index decreased by .54 percent late Tuesday morning, according to the news outlet. Johnson & Johnson was hit the hardest on the Dow Jones Industrial Average and the S&P 500. Agmen was hit the hardest on the Nasdaq, Reuters noted. Trump earlier Tuesday said he was working on a system to bring drug prices down for the American people. “I am working on a new system where there will be competition in the Drug Industry. Pricing for the American people will come way down!” the president wrote on Twitter. The drop in pharmaceutical stocks was offset by an increase in technology stocks, Reuters said. Trump has previously sent tweets that have affected stock prices. After criticizing Boeing in December for the cost of its Air Force One plane, the company’s stocks took a hit.

Because we currently live in Backwards Nonsense Crazy World, we now have definitive proof that there’s something that Donald Trump can do longer (and, arguably, better) than human muscle mountain Arnold Schwarzenegger: host The Celebrity Apprentice. Schwarzenegger has announced that he’s stepping down from his role at the head of the NBC game show, blaming his predecessor for permanently tainting the air around the show. “Even if asked [to do it again] I would decline,” Schwarzenegger told Empire in a recent interview. “With Trump being involved in the show, people have a bad taste and don’t want to participate as a spectator or as a sponsor or in any other way support the show. It’s a very divisive period now and I think this show got caught up in all that division.” Ratings for the latest season of the show—which featured appearances from the likes of Snooki, Vince Neil, and Jon Lovitz, and which was ultimately won by American Ninja Warrior host Matt Iseman—were consistently low. Schwarzenegger was quick to praise his producer and the network, saying, “NBC did everything they could to promote the show and Mark Burnett did a fantastic job. No one really knew that this was going to happen and I think that everyone was caught off guard.” But, he contended, “It’s not about the show, because everyone I ran into came up to me and said ‘I love the show... but I turned it off because as soon as I read Trump’s name I’m outta there!’”

Posted by xpicassox at 11:36 AM No comments: