WHY DOES MITCH McCONELL SUCK !!! 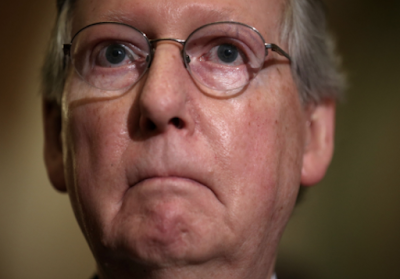 Just Look at That FACE ????
No Seriously, He Does SUCK
But Not Because of That SourPuss FACE
But for Many other more Important Reasons
Senate Minority Leader Mitch McConnell, the senior Republican turtle Senator from Kentucky, would have us all believe he’s a complicated man. That his positions on the issues are nuanced and varied in order to best serve the people of his home state and of America. That he has only our true best interests at heart.

HA!
The reality is that McConnell is a bought-and-paid for shill of the conservative military-industrial complex, the Tea Party, and the most demented aspects of the Religious Right. He’ll do anything, say nearly anything, and vote for anything in keeping with the views of his corporate overseers. With that in mind, I present you with the Top 5 Reasons Mitch McConnell Sucks:
#5. Mitch McConnell on Congress:
Republicans are batting a near-perfect record on blocking the passage of any job bills. Not only that, they’ve also put a dead-stop to a number of other vitally important issues, as reported .
#4. Mitch McConnell on President Obama seeking to overturn Citizens United:

The Supreme Court’s Citizens United decision gives corporations an unlimited ability to influence American politics; in effect, declaring money to be speech. It opened the flood gates for corporate cash to sweep in, most of which goes to Republican candidates, and it immediately made the 2012 presidential election the most expensive in history.
#3. Mitch McConnell on raising taxes on the wealthy:

In 1990 – “Unlike some folks around here I think everyone should pay their fair share. Including the rich.”
Now – “We shouldn’t be punishing job creators.”

McConnell has been dead-set against raising taxes on the nation’s highest earners, even going so far as to threaten to take the nation over the fiscal cliff if these demands aren’t met (even though the cliff itself is an artificially created crisis that resulted only from Congressional inability to make a deal in the first place).
#2. Mitch McConnell on Social Security:

“The money that goes into Social Security is not the government’s money. It’s your money. You paid for it.”
“We all know that Social Security is one of this country’s greatest success stories in the 20th century.”
“More young people believe they’ll see a U.F.O. than that they’ll see their own Social Security benefits.”
“The nexus for us is: revenue equals genuine entitlement eligibility changes.”

Like many Republicans, McConnell clings to the notion that he’s out to protect Social Security, even while actively seeking to gut it. Even though he freely admits that we’ve all paid for those benefits, he’s perpetually seeking to reduce or eliminate benefits in exchange for any sort of tax concession; glorifying himself in the Republican obsession to eliminate social welfare programs.
#1. Mitch McConnell on the filibuster:
“The American people want less partisanship in this town, but everyone in this chamber knows that if the majority chooses to end the filibuster … then the fighting, the bitterness, and the gridlock will only get worse.”
On opposing filibuster reform:  “It may be the most important thing you ever do.”
As previously covered, the filibuster just isn’t what people think it is. Not anymore. Instead of passionate Senators speaking for hours on end, all one has to do it invoke it and take the rest of the day of. That’s it. No speeches, no Mr. Smith Goes to Washington – just take the rest of the day off after having ground progress to a halt. In 2011, Democrats and Republicans had a handshake deal to behave themselves … and that lasted a little more than a month. Since then, Republicans have continued their unprecedented abuse of the filibuster, obstructing legislation left and right in an attempt to stymie any gains for President Obama and the left.
But, seriously, it can’t be all that bad, right? How much of a jerk can one Senator really be? In answer to that, I leave you with this: Mitch McConnell, on Dec. 6 of this year, FILIBUSTERING HIMSELF . 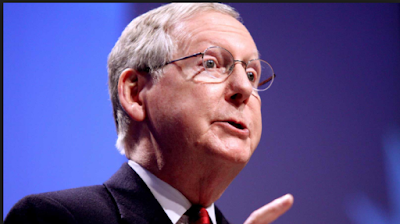 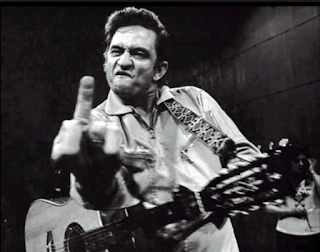 FUCK YOU MITCH You LITTLE BITCH !!!
See What CHRIS MATTHEW'S Has to Say about ASS-HOLE MITCH
DOUCHEBAG MITCH 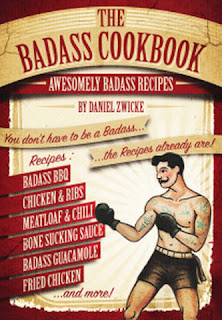 A federal judge has rejected President Donald Trump's free speech defense against a lawsuit accusing him of inciting violence against protesters at a campaign rally.

Trump's lawyers sought to dismiss the lawsuit by three protesters who say they were roughed up by his supporters at a March 1, 2016 rally in Louisville, Kentucky. They argued that Trump didn't intend for his supporters to use force. Two women and a man say they were shoved and punched by audience members at Trump's command. Much of it was captured on video and widely broadcast during the campaign, showing Trump pointing at the protesters and repeating "get them out." Judge David J. Hale in Louisville ruled Friday that the suit against Trump, his campaign and three of his supporters can proceed. Hale found ample facts supporting allegations that the protesters' injuries were a "direct and proximate result" of Trump's actions, and noted that the Supreme Court has ruled out constitutional protections for speech that incites violence.

"It is plausible that Trump's direction to 'get 'em out of here' advocated the use of force," the judge wrote. "It was an order, an instruction, a command."

45th PRESIDENT of The UNITED STATES of AMERICA

Posted by xpicassox at 12:24 PM No comments: